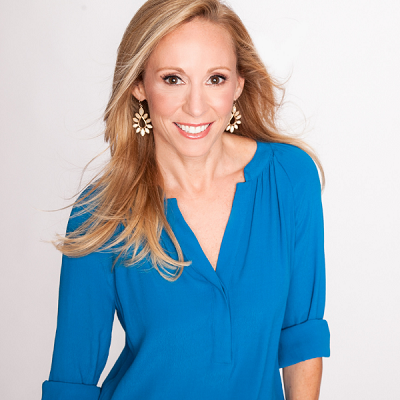 Dawna is a mom of two kids, the author of ten books, a certified health coach, motivational speaker and successful entrepreneur. Prior to launching and selling the award-winning national magazine, Women’s Running, and the nation’s largest Women’s Half Marathon Series, Dawna was a financial analyst for Wall Street investment bank Morgan Stanley, a strategy consultant for Deloitte Consulting, senior vice president of operations at Active.com, President of PR*Nutrition and chief marketing officer for a $700 million publicly traded company.

Dawna appears regularly on television and has appeared on the Today show, Martha, MSNBC, and morning news programs on NBC, CBS, ABC, and Fox. She was the host of “Health and Fitness Talk” on Sirius Satellite Radio and had her own segment on Fox News called “Healthy Living with Dawna Stone.” Dawna is a highly sought-after speaker and has done engagements for Chobani, Disney, American Heart Association, Wharton Business School, WE TV, PGA Tour, Super Bowl Leadership Forum and many more. In 2005 Dawna appeared on and won The Apprentice: Martha Stewart.

Dawna has an undergraduate degree from UC Berkeley and an MBA from the Anderson School of Business at UCLA. She lives in St. Petersburg, Florida with her husband, two kids and two dogs.

All presentations by Dawna Stone