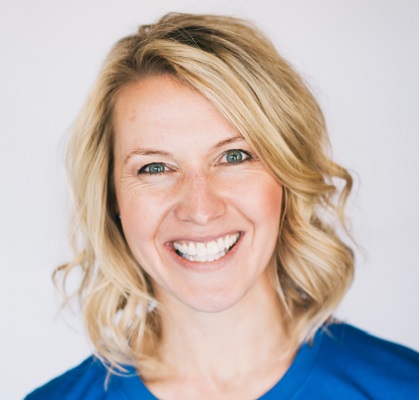 Lisa Hallett is the Executive Director and Co-Founder of wear blue: run to remember. On August 25, 2009, Lisa’s husband and West Point graduate, CPT John Hallett, was killed when his Stryker was attacked with an improvised explosive device in southern Afghanistan. Surviving the loss of her husband, best friend, and father of her three young children, Lisa turned to running. An avid runner, she soon found a community that needed the same kind of support that running gave her. Creating wear blue gave Lisa a healthy outlet for her grief and a path to move forward, and she’s committed to sharing that with others.

Appointed by President Barack Obama, Lisa served on the American Battle Monument Commission from January 2017 to December 2018. Lisa is a 2018 Presidential Leadership Scholar. Lisa currently serves on the Survivor Advisory Working Group, advising the Chief of Staff of the Army on quality of life issues and concerns affecting the military survivor community.

An endurance athlete, Lisa has competed in dozens of ultra marathons and seven IRONMAN distance races, to include the 2014 World Championships. Featured in The Washington Post, Runners' World, Good Morning America, Fox and Friends, Parents Magazine, and NPR, Lisa and her three children (Jackson-13, Bryce-12, Heidi-10) reside in DuPont, WA. They are moving forward and loving life, honoring John with every step.

All presentations by Lisa Hallett