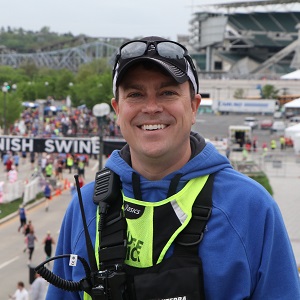 As the Race Director for the Flying Pig Marathon, John Cappella oversees all logistical operations for Cincinnati’s spring marathon. Entering its 22nd year, the race hosts more than 42,000 participants in nine races during the first weekend in May. He also manages all logistics for the Flying Pig’s other races including the Bockfest 5k, 50 West Mile and Hudepohl 14k Brewery Run that comprise the TQL Beer Series as well as the FCC 3 mile race with MLS’s FC Cincinnati and the Queen Bee Half Marathon.

All presentations by John Cappella

Building REAL Community: The Intersection of Digital and Local