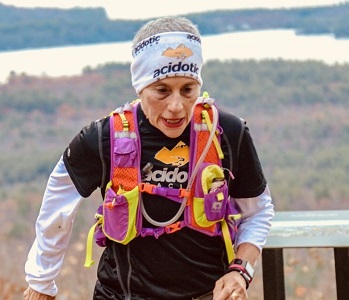 Marcy is hailed as one of the greatest female distance runners in history—both on the roads and trails. Marcy has set world records at 50 miles (first woman to do so in under 6 hrs.), 100 kilometers, and 100 miles, as well as for mileage run in 24 hours, 48 hours, and 6 days. Marcy became the third person ever inducted into the American Ultrarunning Hall of Fame. Marcy is a member of acidotic RACING-a nationally recognized trail-running team sponsored by Saucony, and is vice president of the World Snowshoe Racing Federation. Marcy is a trail running brand ambassador for Saucony.

All presentations by Marcy Schwam